Community phone book, Teacher’s Luncheon and a tourism website; that’s what I’ve been working on over the past few weeks.  It is the last of July and that means we are getting ready to dive into a fall full of events.  But before we say goodbye to summer we have to wrap up a few things.

First is the community phone book.  The chamber is currently collecting cell phone numbers from those who would like their personal numbers to be listed.  If you want to list your cell phone number please stop by the office or fill out a quick form on our website www.frederickokchamber.org.

Second is the annual Teacher’s Luncheon.  This is a wonderful event put on for our educators in town.  With this event we give our teachers the “thank you” that they deserve.  Through monetary awards and a delicious meal, we hope to ensure to our local educators that they are appreciated within the community.

Finally, we have been working on the first ever, Frederick tourism site.  This is a website that will encompass all things tourism in Frederick.  We hope to aim this site at visitors looking for a nice day trip to a small town like ours.  In a few weeks we will launch this site, just in time for fall getaways!

Yes, summer has been anything but lazy around the chamber office.  This fall will be fun and busy in an all new way.  Be on the look-out for all of our upcoming events!  We are ready for some cooler weather too! 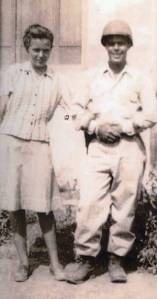 I’ve heard it said that only eight percent of the US population is involved in military affairs.  That means ninety-two percent of us have little to no idea about what it’s like to be near war or combat.

We are lucky to be citizens of the United States where combat zones are not common.  The majority of our wars have taken place overseas and that has kept us happy and healthy.

In 1945 there was a young girl who found herself in the unfortunate situation of being a Japanese Prison of War.  She was held there with her mother and brother for three horribly long years.  Fortunately at the end of three years an Airborne team partnered with other forces to rescue this young woman and the other prisoners at that camp.

Mrs. Croft-Stevens will be in Frederick, Oklahoma this Friday to tell us about her experience as footage of the rescue is played at the Ramona Theatre.

This story of rescue and hope will be followed by 1940’s style music and punch and cookies.  The event is free and open to the public and will precede WWII Airborne Demonstration Team’s Open Hangar Day event which will be on the next day, Saturday, July 25th.

Please come and pay respect to those who have lived stories far more dangerous than ours.  6:30pm, July 24th at the Ramona Theatre.

I think we could all agree that the best part of summer is summer vacation.  During the summer months things in Frederick really slow down.  On one hand it is nice because that gives people like me a chance to really work on some unique projects that aren’t totally event-related.

We kicked off the summer with the Freewheel and Abernathy Celebration on June 7th.  Since the end of that event I have grateful had six weeks to focus on chamber projects that aren’t tied to an event.  During this time I have had the pleasure of starting up a new and exciting thing.

With the help of a couple of others, we have worked together to create several opportunities that should bring Frederick’s tourism industry to a new level.  These are big, exciting, awesome strategies that most of you will never get to see because most of you reading this are locals and not tourists (and we’re okay with that!)  But there is a portion of us who sincerely believe that Frederick’s unique historical museum, awesome refurbished theatre and exciting ADT program are just a few of many awesome sites that could potentially bring vacationers to Frederick for the reason of pure enjoyment.

I promise we will reveal the works of this strategy soon.  But for now, I’m leaving you with lingering curiosity.

A young friend of mine is getting ready to finish his degree and move back to Frederick.  This wasn’t his first plan.  He’d rather be an Account Manager in Dallas or working somewhere overseas as a Marketing Consultant.  Unfortunately, that hasn’t fallen into his lap at this point in time. Therefore he will be joining the few, the scarce, the young and single of Frederick.
I too did not want to move back to Frederick immediately after finishing college.  There is a social stigma that moving back or staying here automatically qualifies you as “unmotivated” or “lazy.”  Since I have moved back I have found that this stereotype is extremely inaccurate.  I have made lots of friends with others my age who are very motivated, very hard working, and definitely going places with their lives.  In fact, most young people who live in Frederick fit that description.

So where does this false doctrine come from?  How to we extinguish it?  For starters I’d like to brag on all the young people moving back to Frederick.  I have had a plethora of classmates contact me lately saying they are in the process or looking forward to moving back to the small town in southwest Oklahoma that they call home.

These young professionals are exactly what our community needs to expand it’s horizons and opportunities.  These people have big ideas and even bigger goals.  Fortunately, I’ve sensed that they all love Frederick passionately or else they wouldn’t be moving back to the area.  This is great news!

There is nothing shameful about moving back to a town you love.  In fact, I think you’d find that young people who live here have a much different perspective on life than their urban counterparts.  Without the fancy shopping malls, nightclubs and 5-star restaurants to go to, Frederick helps your mind focus on what really matters.  Family, friends and simple living.  Cheers to the new generation of Frederick!